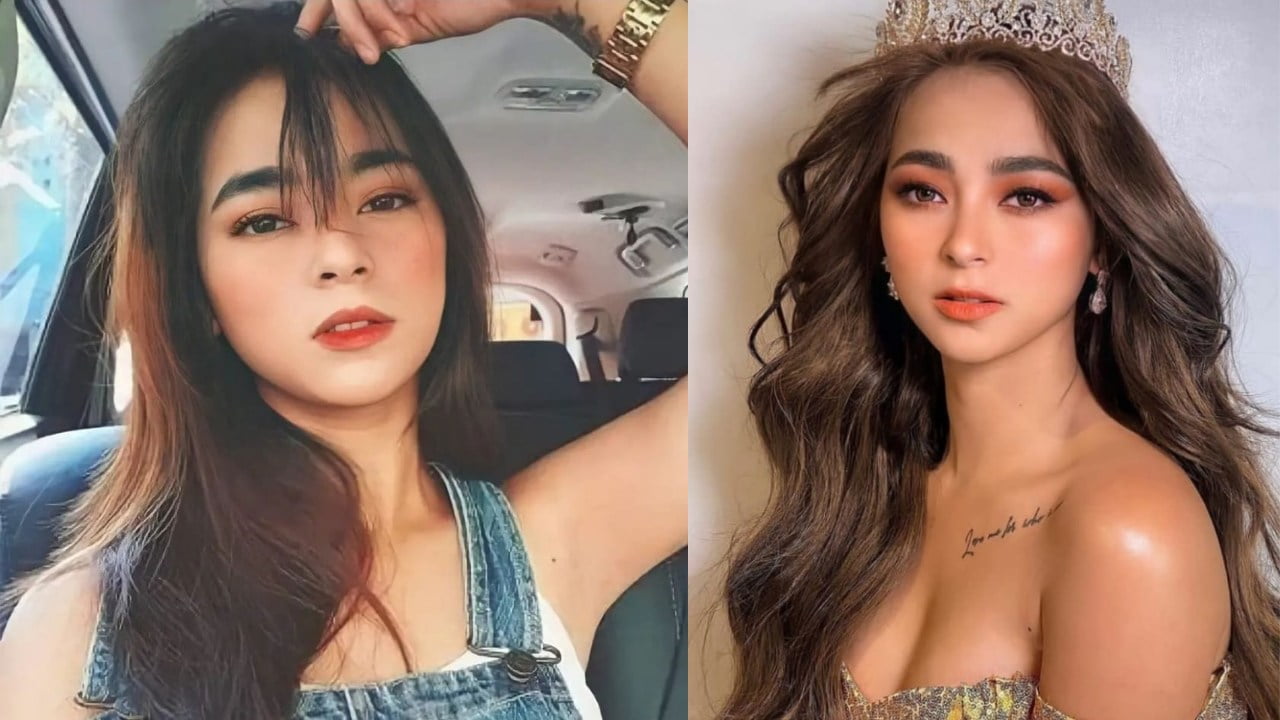 AJ Raval is an actress from the Philippines, known for playing the character of ‘Elle‘ in the ‘Crush Kong Curly‘ movie. She played the character of a curly girl who falls in a love with an architect. According to some articles, this beautiful actress was born on 30 September 1995 in Manila city which is a densely populated capital of the Philippines.

In this article, you will learn about AJ Raval’s family, friends, education, movies, TV series, and social media presence. If you like this article then share it in your friend circle.

In a very short time, this actress has become popular in South Asian countries. Everyone knows her as AJ Raval but her real name is Elizabeth Buensuceso. She was born and raised in Manila, Philippines. She is the daughter of 90’s action star Jeric Raval and Alyssa Alvarez. Both of them are from the film industry. We do not know from where she did her primary studies and college studies, but when we get this information, we will make it available in this article.

She made her debut in the film S.O.N.S (Sons of Nanay Sabel) in 2019 in which she did a small role. The story of this film revolves around a woman who sets out to reunite her family. AJ’s father Jeric has also acted in this movie.

This actress is immensely popular on social media platforms. She posts her photos and videos on Instagram. More than 965k people are following her on Instagram. She has more than 7.7 million fans on TikTok where she posts her dance videos.

AJ recorded a dance video on Akon’s famous song “I Wanna Love You” and shared it on Tiktok. People liked this video a lot. Her biological father, Jeric also saw the video and appreciated the dance moves. AJ shared in the caption what Jeric said about her moves. Because of this Jeric got trended on social media.

She created a YouTube channel on 14 November 2019 where she has more than 1.2 million subscribers.

Jeric Raval and Alyssa Alvarez had a girl on 30 September 1995, whom they named Elizabeth. Let us tell you that the real name of Jeric Raval is Ricardo Buensukeso. He is a Filipino action star better known in the film industry as Jeric Raval. Jeric has a total of 18 children out of them 4 are from his legal wife. He is the husband of Holiday Buensuceso.

Janina Raval, Vanessa Raval, Pugo Buensuceso, Joshua Raval are her siblings. These four are the children of Jeric Raval’s legal wife ‘Holiday Buensuceso’. AJ Raval and they have a lovely friendship bond. AJ knows all her siblings and considers them her friends.

AJ Raval started her acting career as a side character in the movie S.O.N.S (Sons of Nanay Sabel). She played the character of Christine in the movie ‘Death of a Girlfriend’ which was released on 30 April 2021. She did bold movies like ‘When I Grow Up, I Want to be a Po**star’, ‘Shoot Shoot! Di ko siya titigilan!’ , and has also worked in ‘Crush Kong Curly’.

Because of the ‘Paglaki Ko Gusto Ko Maging Po**star’ movie, AJ Raval went viral in South Asian countries. This movie was released on 29 January 2021. It was a comedy-drama film starring Maui Taylor, Rosanna Roces, Alma Moreno, AJ Raval, and others. There were bold scenes of AJ in this movie. AJ Raval told that her father Jeric Raval did not support such scenes but AJ is now grown up and able to make her own decisions. So, she decided to do this movie going against her father’s wishes.